Power to The People

Democracy and pluralism are under assault in Djibouti. Constitutionally elected dictators are toiling to stamp out the last vestiges of democratic rights and spread their harmful influences to new corners of the country.

Elected leaders are dramatically narrowing their concerns towards national interests while pursuing their blinkered personal agendas of hoarding wealth and power even while the majority of Djiboutians are impoverished and vulnerable to death and diseases.

The farcical presidential elections are apotheosis of an autocratic regime and the ethical decay of democratic powers as it systematically crushes domestic dissent, making it increasingly hostile to fresh demands for better governance.

Breakdown of institutional safeguards like the constitution and courts erode the institutional and conventional barriers that protect freedom for all individuals leading to unchecked brutality, deterioration of political rights of minorities and violation of civil liberties of critics.

Citizen protest movements are confronted with deeply entrenched political leaders that are able to unleash considerable pressure and use of force to maintain power. Without greater support or solidarity protests are likely to succumb to authoritarian reprisals.

Djibouti.org draws attention of the world towards the little known internal crisis and sufferings experienced by Djiboutians. It draws attention to the misuse of democracy and its institutions in Djibouti that proliferate authoritarianism and zero tolerance to dissent and opposition.

Giving voice to the marginalized, exploited and the oppressed, Djibouti.org helps to unite and expand all forces, domestic and international, that are driven towards upholding ideals of democracy and human rights ushering the 2nd Republique of Djibouti.

How We Intend to Help Djibouti Reclaim Democracy

We seek to inform and educate people and raise support about the agony and suffering of Djiboutians at the hands of authoritarianism, lawlessness and utter disregard of general welfare that has corrupted the Republic of Djibouti

We create a united online front to channelize the transformative power of the people to fight against people in power. Amplifying voices of grievances, magnetizing activists and radical thinkers and pooling resources allow us farther outreach and greater impact.

We will ensure free and fair elections that are transparent, inclusive and accountable. Equitable opportunities to everyone to compete in the upcoming presidential elections (due in April 2021) is pivotal to improve the quality of governance and long term democratic development of Djibouti.

We challenge the deeply entrenched corrupt practices of the nation in order to allow the fruits of Djibouti’s increasing economic growth to be distributed equitably among its disenfranchised citizens. Devoting greater investments to building infrastructure in Djibouti will empower and enable individual Djiboutians to participate in the nation’s social and economic life more actively. 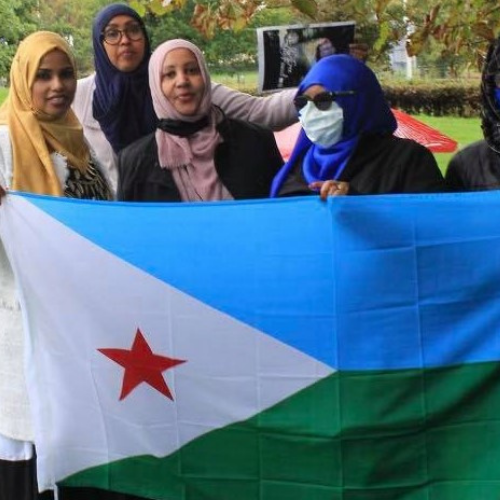